In late April, AXIS/GFA founding architect Cory Creath was welcomed to moderate the State of the Lodging Industry panel at the inaugural Bisnow Lodging and Innovation Summit – dubbed BLIS West – held at the Sheraton Grand Los Angeles hotel in downtown Los Angeles.  Welcoming over 200 of Southern California’s eminent hospitality development and design personalities, the BLIS event marked the entry of Bisnow’s nationally popular hospitality networking event to California’s booming hotel development market.  With Bisnow’s reputation for delivering hyper-local news and events examining the latest trends and transactions in regional commercial real estate, and with AXIS/GFA’s merger and acquisition of a Los Angeles studio last year, the event was an opportunity for AXIS/GFA Architecture + Design to join the conversation in a market with increasing significance to the firm.

Joining Cory as panelists were Dave Johnson, CEO of Aimbridge Hospitality, Lynn Mohrfeld, President of the California Lodging Association, John Grossman, President of Classic Hotels & Resorts, and Don Li, Head of Asian Investment at Interstate Hotels.  With Los Angeles at the heart of California’s record breaking hotel investment and development activity in 2017, naturally much of Cory’s focus for the panel was aimed at exploring the forecast for the LA market, but with BLIS West attendees also preoccupied with notions of shifting or at-risk foreign capital, increasing construction costs and the inescapable question, “How much longer can this current growth cycle last?”, there was no shortage of opportunity to challenge the panel on their thoughts on the state of the industry.

Pressing the panel with the question, “With low inflation, low unemployment, rising incomes, and the US economy poised to sustain 2.5% GDP growth in 2018, how should we feel about the hotel industry today?”, panelists were united in their responses that although macro indicators continue to forecast a bullish close to 2018, the current growth cycle simply can’t continue forever.  Pair that skepticism with the looming threat of a trade war with China – the result of which could potentially further reduce Chinese investor appetite while at the same time increasing the cost of construction materials – and the panelists gained consensus in their skepticism.  The panelists’ advice?  Proceed with increased caution, and focus on the micro/neighborhood-level indicators for deciding to proceed with a project.

Further priming the panel by quoting STR numbers that indicate 2017’s record hotel sales volumes were set to continue their pace into 2018, Cory queried the panel on how each of their personal experiences in the market might differ from the bullish macro indicators.  Almost unanimously, the panelists noted that even without participation from Chinese buyers whose investment activity fell by roughly 55% between 2016 and 2017, other groups have stepped-up and are replacing their activity.  In fact, with interest rates continuing to hover around record lows, so much capital is chasing too few deals that asking prices have inflated to levels that each of the panelists could agree were no longer sustainable.  In other words, it’s still very much a seller’s market.

After several additional questions, Cory closed the panel by challenging the panelists to identify the factor that they thought would have the biggest impact on growth in the Southern Californian hospitality market: the recently legislated tax cuts, the risk of increasing interest rates, rising labor costs, or rising construction costs?  Given how unsettled the industry finds itself lately, not surprisingly the panelists answered with a round of laughter and stated: “All of the above!” 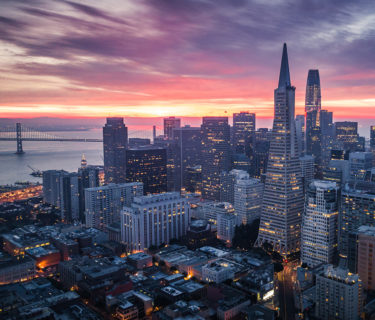 For the second year in a row, AXIS/GFA Architecture + Design has been named one of the Bay Area’s Fastest... 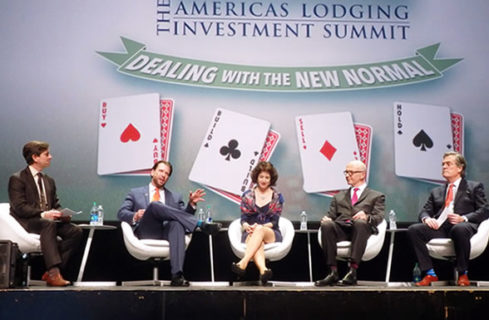 Image: ALIS 2018’s opening day panel Dealing with the New Normal contemplates if new fundamentals are at play in the...